On May 26, 2021, a disgruntled Santa Clara Valley Transportation Authority (VTA) employee went on a shooting rampage at the agency’s main Guadalupe light rail yard, fatally striking nine co-workers with bullets before killing himself. There was and is universal agreement that this senseless slaughter of innocent people was horrifying and that every conceivable effort should be made to provide optimal care to the victims and their families.

But why, as a result, did the Authority shut down VTA light rail service for over three months? 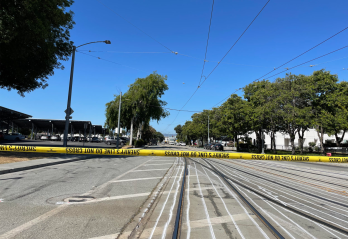 If, as been suggested, the shooting caused a shortage of key substation operating and maintenance personnel, why not ask other light rail operators or even PGE for some temporary assistance? Why punish the VTA’s LRV riders? They didn’t do the shooting.

When there’s a serious highway accident involving injuries and death, the first priority is to take care of the victims. However despite the monumental traffic jams that such incidents create, it usually take no more than a few hours for highway patrol officers, ambulances and towing services to clear the scene and get the highway up and moving again.

When BART and other transit operators have experienced serious injuries and/or fatalities, service is usually restored quickly.

Even the US Congress was back in session just a few hours after the January 6th “invasion” of the Capitol Building.

Under the circumstances there is ample reason to question why it took the VTA over 3 months to get its light rail service up and running.

The VTA leadership and County politicians have been accused of permitting disgruntled labor unions to leverage public sympathy to keep light rail shutdown while their members continued to enjoy full pay. Did a timid VTA management and local political leadership, allow its LRV service to remain hostage for over three months in deference to noisy outside influences with their own agendas? No one seems to know for sure.