Connecting the 78-mile long Caltrain line via a 1.3 mile extension to the nine Muni and BART subway lines, the Market streetcars and dozens of bus lines in downtown San Francisco has been a San Francisco transportation objective for over 40 years. In 1999 the voters of San Francisco approved the idea by an overwhelming 69.3%. Since then tens of thousands of new transit-oriented housing units and 19 major highrise buildings either already exist or are under development in the immediate vicinity of the new Salesforce Transit Center. 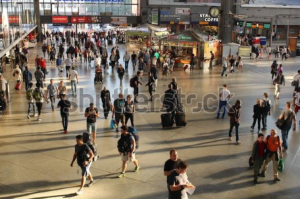 Yet the Center’s vast underground train levels sit bleak and empty awaiting the arrival of passenger trains to link Silicon Valley, the San Mateo Peninsula and downtown San Francisco. Recently, thanks in large part to conflicts among various elements of San Francisco’s government, the Caltrain extension project (DTX) appears to have once again ground to a halt.

At the June 25, 2019 meeting of the SF Transportation Authority (CTA) Board, the CTA’s Downtown Rail Extension Peer Review Panel presented its initial “Findings and Draft Recommendations on the governance, oversight, management and project delivery of the DTX project”. Mr. John Porcari began the presentation with a clear and strong statement outlining the significant local, regional, State and national benefits that would derive from joining Caltrain to the dozens of other rail and bus lines already converging on the downtown Salesforce Transit Center. Mr. Porcari’s clear statement gave reason for hope that DTX would finally be given the attention and priority it deserves. Unfortunately, by the end of the Review Panel’s presentation it felt more like the beginning of still another long and complex study period, this time including a complete overhaul of the TJPA, the engaging of a brand new set of designers and consultants, and even the changing what was environmentally-approved over 15 years ago.

As former Secretary of Defense Ash Carter said, speaking of national matters at the Commonwealth Club on July 5, 2019, “it takes very little time to tear down what others have taken a long time to build”. Getting DTX back on track will not be easy. Here’s what appears to be needed at this time.

What’s needed most is leadership; someone fully backed by a political sponsor, with the vision to grasp and articulate the huge benefits of the project, and possessed of the stature, experience and commitment required to get the job done. The DTX project has long needed local and regional political champions committed to action. Instead it continues to get bogged down by a seemingly endless parade of neophyte planners, committees, peer reviewers, second-guessers, bureaucrats and consultants-on-the-make.  Missing from the discussion on June 25th was a simple plan designed to get the design and construction of the environmentally-approved DTX project into final design and construction without further delay.

Knowledgeable sources report that the Federal Transportation Administration is again holding up the long-waited FTA “Record of Decision”, again waiting for San Francisco to make up its mind about what it wants to do.

Large projects are normally built in phases, partly because of funding constraints, but also because it is widely recognized that holding up needed interface projects while speculating about what might happen years in the future invariably jacks up costs and often causes more harm than good.  The DTX project should be phased.

DTX Phase I would extend Caltrain 1.3 miles into the new downtown terminal, utilize the existing rail storage yard and operate on the existing tracks under the I-280 freeway. By 2004, this phase had been environmentally cleared and approved by all necessary local, regional, State and federal approval agencies.

The estimated cost of DTX Phase I currently stands at $4.2 billion, up from less than $4.0 billion a year ago. Had San Francisco’s politicians supported the project when it was first submitted for design/build policy approval,  it could have been completed for less than $3 billion. Interfering with, slowing down and stopping large infrastructure projects costs the tax payer plenty! 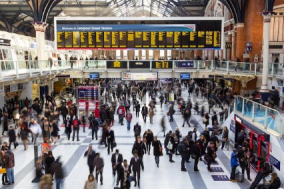 Under firm leadership and with the phasing uncertainties out of the way, efforts to obtain the necessary DTX Phase I funding could and should be stepped up. This will require a much greater commitment on the part of local and regional political leaders than has heretofore been the case.

On June 25th there was much uncertainty expressed by the Peer Review Team over “outstanding issues”. Here are four that were mentioned:

Reconstituting the TJPA: This could easily evolve into a major time-waster. PTG, the DTX design firm of record, was not involved in the Salesforce Transit Center design. The charge that the existing design team lacked tunnel design expertise was one of shear fantasy, reportedly initiated by City Hall’s RAB planners. Two of PTG’s major sub-consultants; namely, Hatch Mott Macdonald and McMillen Jacobs Associates have extensive tunnel design experience and expertise. The easiest and fastest way to get the project back in gear and up to speed would be to immediately make a strong effort to reassemble the previous design team. There is no need to start from scratch.

Tying in a Future Transbay Crossing:  Since there are only a small handful of practical ways of getting another train system from Oakland to San Francisco, it should be relatively easy to identify and resolve any possible conflicts between DTX Phase I and a future Bay crossing.

Accommodating future HSR: As was pointed out on June 25th, HSR may or may not ever get to San Francisco. In any event, thanks to the significant steps taken during Maria Ayerdi’s highly-productive years as TTC/DTX Project Executive Director, the extension tracks and new terminal can accommodate HSR.  (The outstanding question of how Caltrain and HSR can operate jointly on a single set of tracks needs attention, but does not materially affect DTX)

Funding:  A problem? Sure. It always is. Once the value of the project is fully understood and receives the political backing it needs, the funding will come.

By piling studies on studies, local and regional jurisdictions, perhaps without meaning to,  can string things out for additional years and decades.  Or they can work together to get the job done.

This article was featured in Newsletter Issue 15. Click here to go back to the newsletter.