Highway expansion projects too often come with big price tags and paltry benefits. Yet at least nine new such expansions are planned across the country, including one in California.

On June 18, 2019, CALPIRG released its fifth “Highway Boondoggles” report, which profiles these projects. Making the list is California’s proposed High Desert Freeway, which is expected to cost $8 billion and, in stark contrast to California’s global warming goals, will inevitably lead to more driving, more pollution and more sprawling desert development. 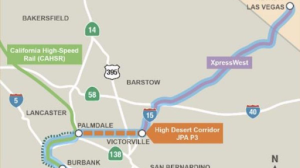 “To improve California’s transportation system and hit our climate and clean air goals, we must reduce our reliance on cars and highways,” said Emily Rusch, CALPIRG Education Fund executive director. “This project does the opposite, doubling down on a car-centric system that will encourage more people to hit the road…”. 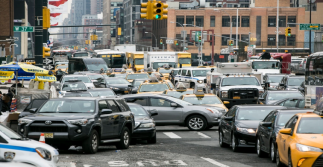 The Calpirg report demonstrates that in areas like the Bay Area, in addition to their high cost highway expansions do nothing to reduce highway congestion or urban congestion or any other kind of congestion, but do lead to increased asthma-inducing air pollution and do divert funding from critically-needed road repair and public transit priorities.

“To solve our transportation problems—from potholes to pollution to global warming—we need to put outdated highway projects in our rearview mirror,” said Matt Casale, director of our national network’s Highway Boondoggles campaign and co-author of the report.