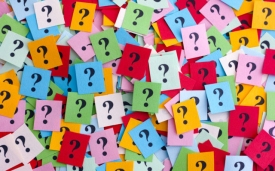 The study is now over a year old. Yet at the meeting there was virtually no indication that any real progress had been made. On the contrary much of the presentation seemed to center on how much bigger the scope has become since the study was first defined as finding a second way of sending trains back and forth between Oakland and San Francisco. In fact it now seems to be looking at a proposed extension under Geary Boulevard to the Pacific Ocean, rail connections in Santa Rosa and all away along the Capitol Corridor Line to Auburn, as well as improved connections in Fremont to the Altamont Commuter Express and ties many other public transit elements throughout Northern California. Here are some of BART’s statements about the Bay Crossing Study, followed by BATWG’s responses

BART: “While we don’t know what transit in Northern California or the Bay Area will look like in the future, we do know that, despite this time of challenge and change, BART must continue to plan longer-range projects that bring benefits to the region.”

BATWG: Given the as yet unknown long term impact of COVID, it would easy in a long range study like this one to waste money going up blind alleys.

BART: “BART and CCJPA are studying the future rail investments needed to better connect places and people throughout the Northern California megaregion. The New Transbay Rail Crossing is a megaregional transit improvement program focused on connecting the region’s transit systems.”

BATWG: So it would seem. But our experience tells us that trying to think of everything all at once often leads to expensive future adjustments. Regions evolve over time, and not every situation can be defined and properly evaluated years or decades ahead of time.

BART: “At the core of the New Transbay Rail Crossing program is a new San Francisco Bay rail crossing for BART and regional rail (the Capitol Corridor, the San Joaquins and Caltrain, for example).”

BATWG: Caltrain, the Capitol Corridor Trains, SMART, ACE and the San Joaquins all operate on the same 4 foot, 8 1/2 inch standard track width. BART requires is own unique 5.5 foot track width. For this reason it is our considered opinion that the opportunities created by a conventional rail crossing far outweigh those of a BART crossing.

BART: “BART, CCJPA and their planning partners are working to further define and scope this project and evaluate a range of alternatives. The most promising alternative(s) will be considered during environmental review and conceptual design.”

BATWG: One could dream up 30 separate ways of crossing the Bay and study them for years. However it is already clear that there are in fact only a small handful of practical crossing routes, complete with cost-effective Eastbay and Westbay subway connections. The sooner the Study team discards the multitudinous weak alternatives, the sooner it will be able to zero in on the handful of alternatives that are deserving of attention.

BART: “Whether you’re a policy maker, resident, business owner or a commuter, we will want your input as we develop our plans.”

BATWG: Above is our first shot across the bow.