The following six paragraphs were excerpted from an excellent editorial by Bay Area News Group editor Dan Borenstein published in the East Bay Times on January 2, 2021:

“The Bay Area’s housing, job market and transportation could be radically reshaped now that employers and white-collar workers have discovered the enormous potential of working remotely.

Early in the pandemic, Twitter announced that its employees could permanently operate from home. Facebook CEO Mark Zuckerberg foresees half his workforce doing the same. And Google is exploring a permanent hybrid plan that would allow workers to split their time between their homes and offices.

For years, large-scale remote work has been an idea that employers and their workers toyed with. “Now we see that it can be done, that the economy continues, that life goes on,” says Russell Hancock, president and CEO of Joint Venture Silicon Valley. “There are wonderful new efficiencies that we didn’t even realize.……….”

“It’s by no means limited to tech workers. Lawyers, accountants, computer programmers and even journalists are discovering that they don’t need costly commutes to offices to get their work done, and their employers are finding that they can reap large savings as a result.

How large and lasting the shift will be is uncertain. But it seems clear that Bay Area housing and commute patterns could be disrupted for years to come, and perhaps permanently…………….”

As indicated in the above editorial, it’s obvious that the pandemic has saddled Bay Area transit agencies with a difficult and perhaps long-lasting problem.

And they’re not alone. In fact things have been even worse for many private companies (to say nothing of the millions of people who’ve gotten sick, lost jobs, been evicted or faced long school closures). While some private companies have been forced to close their doors, the more fortunate among them are adapting and will continue to do so. Watching a small or medium sized private company under duress quickly adapt to a new set of circumstances can be and often is impressive.

With public transit agencies things are different. For one thing, partly because of the public and tax-subsidized nature of their operations, the changes, no matter how badly needed, come much more slowly. In the Bay Area different agencies are reacting to the pandemic and its effect on travel in different ways. Some agencies have reduced services, especially on lightly used lines. Others have implemented or are considering implementing early retirement programs, temporary furloughs and layoffs. However, for a number of agencies the mantra has been: “let’s stay the course, retain our work force and lobby for a federal bailout”.

With or without a bailout the transit operating environment has dramatically changed and it’s time to adapt. 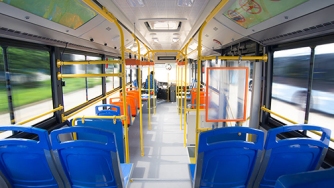 Mobility is an essential human need. In built-up metropolitan areas public transit is and will remain an important way of fulfilling that need. But the operating environment appears to be changing and it’s up to the transit agencies to adapt and keep up. Flexibility and being open to new ways of doing things have now become even more important than they used to be.