At a time when Bay Area traffic congestion has become the 2nd or 3rd worst in the entire country it is disturbing to find transit ridership dropping. In order to reverse this destructive trend a greater effort must be made to identify, reduce and ultimately eliminate the factors that are causing people to turn away from transit-riding at a time when more transit riding is needed. These factors include slow speeds, unreliability, wait times, gaps in service, lack of comprehensiveness and the sometimes bad behavior of people at bus stops, in stations and on transit vehicles. In this article we will deal with the behavior problems that scare off or otherwise deter many would-be transit riders.

END_OF_DOCUMENT_TOKEN_TO_BE_REPLACED

Bay Area Transportation won’t get Better until Government gets better.
It was recently noted that until local and regional transportation agencies become functional the Bay Area’s transportation problems will just get worse. Not every agency in the Bay Area is dysfunctional but quite a few engaged in the transportation field are. Here are five examples. We will have more to say on this subject in subsequent editions of this Newsletter.

END_OF_DOCUMENT_TOKEN_TO_BE_REPLACED

Last month the SF Board of Supervisors, acting as the SF County Transportation Authority (SFCTA), took back $9.6 million it had previously allocated to help pay for sending the Caltrain trains into SF’s new Salesforce Transit Center. According to the San Francisco Examiner the reason for this was to avoid paying for the “expansion planning” of the Transit Center. But the $9.6 million in question was not for expanding the Phase I Transit Center, it was for completing the preliminary engineering design of the Phase II Downtown Caltrain Extension Project (DTX). According to the Examiner the reason given for blocking the DTX funding was to hold the leadership of the Transit Center project (presumably meaning the Transbay Joint Powers Authority and Staff, and the SF County Transportation Authority’s own well-funded oversight staff) “accountable for alleged mismanagement of the $2.2 billion Transit Center”.

END_OF_DOCUMENT_TOKEN_TO_BE_REPLACED 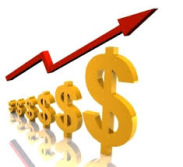 California Senate Bill 1 was signed by Governor Jerry Brown on April 28, 2017.  State Prop 6 would have rescinded SB 1 but it was defeated by the voters of California on November 6, 2018. For this reason SB1 will continue to raise $0.12 a gallon in additional gas taxes. It is estimated that by 2020 this new funding source will be raising $5.1 billion a year in new State revenues, 2/3rd of which has been earmarked for road projects.

Given this large new source of funding now would be a good time to take a close look at how Caltrans spends its roadway money. One way of assessing Caltrans efficiency relative to that of other states is to compare its administration and engineering costs (soft costs) to construction costs. The table below shows California’s soft costs as a percentage of construction costs in comparison with those of other large and populous states: