Project Management Oversight Consultants (PMOC’s) are retained by the Federal Transit Administration (FTA) to keep track of major projects paid for in part by FTA grants.  In the case of the Central Subway its PMOC has been warning of staffing, scheduling and other difficulties for years, warnings that the SFMTA has consistently ignored or downplayed, and was still doing as recently as two months ago.

The most recent PMOC report concludes that in part because of SFMTA’s failure to acknowledge design errors and promptly address and resolve construction issues, the Central Subway project is now facing additional months of delay and the serious risk of significantly exceeding its $1.578 billion budget.  According to an Agreement signed by the FTA and SFMTA almost a decade ago, the federal government has no obligation to help pay for cost overruns. 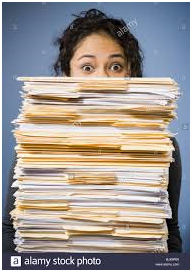 Under the circumstances the Mayor’s decision to bring in an experienced project manager to complete the project was a good one.  If the new P.M., Nadeem Tahir, is thoroughly schooled in handling and resolving complicated construction claims (of which there are many), his arrival on the scene might suffice.  Otherwise, to properly and expeditiously resolve the many outstanding issues, it would behoove the SFMTA to provide Mr. Tahir with one or more experienced construction claims experts, steeped in contract law and adept in analyzing and resolving complicated engineering and cost problems.  In either case the SFMTA should become proactive in seeking to resolve disputes, some of very long standing, between the Agency and the construction contractor and its sub-contractors.  When both sides operate in good faith such issues can and often are resolved without the need of expensive litigation. Unless the Contractor throws up his hands and leaves the field in defeat (which the Central Subway contractor is not in the habit of doing), the past SFMTA tendency to stonewall and deny responsibility could end up being extremely expensive for San Francisco.