Ever wonder why it takes so long to get anything done in San Francisco? Read on: 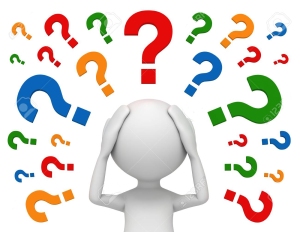 Six years ago the San Francisco Planning Department and the Ed Lee Administration fixated on accelerating the “full-build-out” of Mission Bay. So they initiated the Rail Alignment and Benefits Study (RAB).
In RAB’s early days the RAB planners were floundering. In an attempt to appear useful they focused on finding as much fault with the Caltrain Downtown Extension project (DTX) as possible. In fact, based on what may have come from the blogosphere, the planners managed to convince themselves that the DTX tracks were wrong, the station layout was wrong, the train turnaround arrangement was wrong, the terminal was too small, the tunnels were too big, the construction approach was wrong and the train storage yard was in the wrong place. As the years rolled by, virtually all of RAB’s criticisms were quietly withdrawn, never to be heard of again. By RAB’s last year it was clear that the only residuals of this singularly wasteful and useless “Study” was a.) a proposed relocation of the rail yard to free up the site for more development (an idea unlikely to leave the starting gate) and b.) a proposed $2 to $3 billion subway under Pennsylvania Street (unlikely to be needed for many years if ever). Given these meager results it appears that the one and only lasting impact of the RAB study was the four year hiatus it imposed on the DTX project.

By last summer, with RAB finally out of the way, it looked as if the DTX conceptual design could at last resume. Unfortunately the sniping by the RAB planners, even though subsequently discredited, apparently stuck in some minds. A year ago during the girder crack drama, the SFCTA reversed itself and, lead by Supervisor Aaron Peskin, withdrew $9 million in Prop K money it had previously authorized to finance the continued design of the project. Eleven additional months have now slipped by. During this time the SFCTA has assembled and launched a new study, this time by peer review “experts” charged with making a “top to bottom” analysis of the DTX project and its 13-person sponsoring agency. On June 25, 2019 the Peer Review Team presented its first status report, which sounded more like a proposal for a long and complex new consulting job than analytical problem-solving. On the 25th it was announced that the Peer Review Team’s official findings would be presented to SFCTA on September 10th, but it has now been confirmed that the anticipated revelations have been put off for an undetermined number of additional weeks or months.

In the meantime, when will the central part of the Bay Area have the nexus of rail and bus lines it needs and deserves?
No one knows.

Elsewhere in San Francisco and throughout the Bay Area, other project promoters are busily moving their projects toward “shovel readiness” in hopes of being ready when new capital funding becomes available. The DTX project on the other hand….the most regionally-significant transportation project to come along since the inception of BART in the 1960’s….sits, waiting for elements of San Francisco’s government to stop second-guessing one another.