On May 30th, the San Francisco Bay Council and the Silicon Valley Leadership Group (SVLG), assisted by transportation consultant Stuart Cohen, presented a plan they call “Faster Bay Area”, to raise up to $100 billion for the purpose of moving the Bay Area beyond the current transportation morass.

Matthew Lituchy, Chief Investment Officer of the Jay Paul Development Company echoed these thoughts by noting (San Jose Mercury July 7th) that “The traditional methods of commuting have gotten over-stressed. Our freeways are impossibly clogged with traffic. Commute durations are at all-time highs. People are looking to commute by alternative methods. Trains, light rail, Caltrain, bus, BART are the alternatives”.

To make the alternatives to solo driving sufficiently appealing to cause a major change in travel habits would indeed require a major effort, including significant improvements to the Bay Area’s transit systems, a strong new emphasis on carpooling and other measures designed to unclog the Region’s thoroughfares. 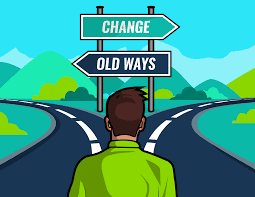 If wisely spent there is no doubt that $100 billion could do a lot of good, but getting this ambitious program past a skeptical electorate would be not be easy. For starters the sponsors of Faster Bay Area would have to demonstrate that this time it wouldn’t be just more of the same.

Could things be different this time? Of course. Here are four prerequisites to a successful program:

o  A Bonafide Regional Approach: Since MTC was legislated into existence in 1971 it has presided over a program much of whose funding has been spent on parochial or special interest projects and traffic-generating highway expansions. Regionally-focused transit proposals designed to provide viable alternatives to driving have mostly been ignored. The region can’t afford a repeat of past failures and it is doubtful that the voters would stand for it. Instead Faster Bay Area must make the changes needed to reduce the need for so much solo driving, including in particular eliminating the many infuriating gaps in the Region’s network of trains and buses and otherwise bringing it up to standard.

o  Advance Information Program: Because of the past failure of MTC and other agencies to implement needed regional improvements, the voters are skeptical. To overcome this legacy of distrust, the sponsors of “Faster Bay Area” would have to convince the voters that this time the results would be different.

Meaning that this time, instead of deceptive pre-election hype, post-election budgetary manipulation and the aimless spreading of pork, there would need to be a bonafide regional program, honestly presented and true to what the voters approve.

o  Ethical Fund Raising: The funding program would have to be fair. Loading everything onto a general sales tax hike, or any other regressive tax, is a non-starter. Many of the region’s most successful corporations are besieged by employees demanding relief from excessively long commutes. Because of the lack of a world class transit system, travelling throughout the region has become ever more difficult and frustrating for all travelers, including business travelers. The big corporations that would benefit from a more effective network of trains, buses and ferry’s should step up to the plate and help get the program off the ground. 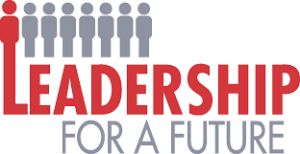 o  Leadership: Achieving these objectives would require strong political and administrative leadership, supported by a highly-motivated and cohesive group of qualified transportation and land use experts committed to better serving travel needs while freeing up the roadways. To ensure that things stayed on track the group would need to be well insulated from parochial and self-serving political pressures.

What is being proposed by the sponsors of “Faster Bay Area” could be highly beneficial to the Region. Getting the job done would require strong and effective leadership, a determination to avoid past mistakes, a fair and balanced way of raising the necessary capital, and a persistent outreach program geared to explaining and re-explaining why regional transportation problems require regional solutions.