Skip to content
HomeDoes the BART Board protect the Riders?

How do most BART riders feel about the fare evasion and bad and often illegal behavior that is frequently experienced on BART trains and in and around BART stations? It appears that certain members of BART’s Board of Directors members are convinced that most BART riders don’t mind. Unfortunately there is still no definitive data on the subject. However, from talking to friends, family members and other BART riders we’ve found that many people who would like to ride BART and who should be riding BART are responding to these adverse conditions by turning to less efficient and less environmentally-benign forms of travel. 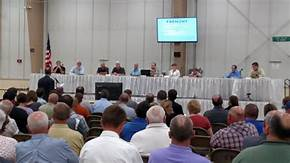 The brand of disruptive chaos that often mars BART travel is seldom seen in privately-owned establishments, or even in public ones for that matter. Walk into any City Hall. Except for the occasional protest, things tend to be calm and orderly.

Lead by Debora Allen, a courageous minority of the nine-member BART Board is working hard to represent the vast majority BART riders who just want to get there…while using their cell phone, studying, reading, sleeping, or talking with friends and family. Unfortunately certain other BART Board members seem unable to stand up to noisy outside pressure groups, even when necessary to protect their patrons from fare evasion, obnoxious and sometimes threatening on-car behavior, in-your-face busking, and panhandling. Left alone to do its job, we believe that the BART staff would take the actions needed to protect the riders. If on the other hand, things continue as they have been going in recent months, it may be time to consider privatizing BART.