The original Muni Metro, designed by the Louis T. Klauder Company fed the J, K, L, M and N lines into the Twin Peaks and Duboce Tunnels and then into the Market Street subway. This arrangement allowed every Muni Metro rider to reach downtown San Francisco without having to transfer. To make this work, the one and two car trains operating along the Avenues were coupled into longer trains at the two portals

But the Muni subsequently had trouble making the couplings work and rather than fixing the problem, in the mid 1990’s it threw in the towel and abandoned coupling entirely.

Unfortunately this required that instead of operating 3 and 4 car trains in the subway there would henceforth be only 1 and 2 car subway trains, thereby reducing the peak-period carrying-capacity of the subway by over 60%. In a futile attempt to compensate for this catastrophic loss of carrying capacity, the Muni, by then called the SFMTA, increased the number of trains running in the subway from a practical 23 to 30 trains an hour to a completely unworkable 41 trains an hour. Both the SFMTA brass and harried Muni Metro riders soon realized that trying to send so many trains an hour through the subway was a big mistake that was delaying tens of thousands of Muni Metro riders, sometimes for hours.

After doggedly trying to make the best of the situation for a number of additional years, the SFMTA brass finally decided that to avoid overcrowding and subway backups, fewer but longer trains were needed.

Needing to create longer trains but still fearful of en-route coupling, the SFMTA decided to operate only the M, N and S lines in the subway. This was accomplished by turning the K’s and the L’s into a crosstown line connecting to the rest of the system at the West Portal and by ending the surface J line at the Church Street subway station. The advantage of this arrangement is that with fewer trains in the subway there would be fewer backups. The disadvantage is that nearly 40% of Muni Metro riders would be denied their direct one-seat rides to downtown San Francisco.

The SFMTA’s plan went into effect on August 22nd, but because of operating problems was shut down just three days later, “for an indefinite period” according to SFMTA Director Tumlin. In case this latest SFMTA plan doesn’t work so well, here are two alternatives:

Would couple K’s to M’s south of the St. Francisco Circle. All six lines would continue to operate in the Market Street Subway.

Would couple K’s to M’s and J’s to N’s, also sending all six lines into the subway.

This Chart explains how SFMTA’s Subway Plan and the two alternative arrangements would work. 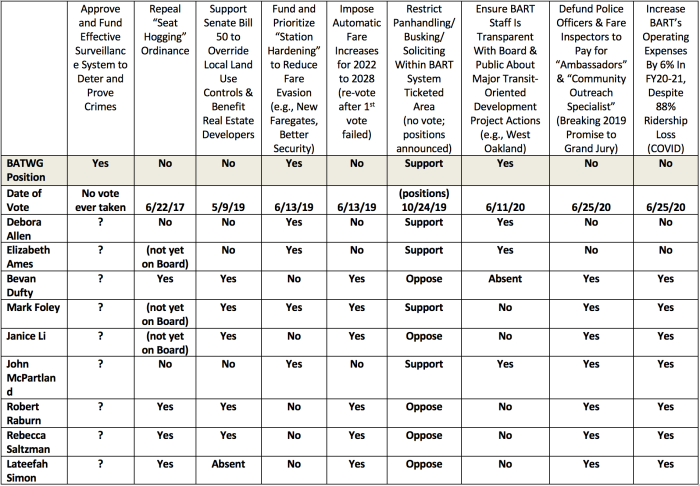 *Trains operate on the surface only.