Skip to content
HomeAdapt to New Conditions or Remain on Autopilot? 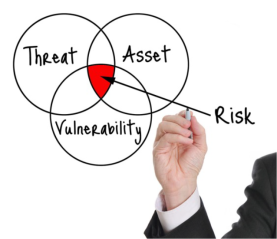 The Pandemic has hit. Travel habits have changed. Advances in technology have made it easier to do more with less commuting and other travel. Transit has been dramatically affected by all this. Yet so far there is little evidence that the large Bay Area transit agencies and MTC are adequately heeding the warning signs. Based upon the broadly based surveys of the Bay Area Council, the meticulous economic research of Stanford Professor of Economics Nicholas Bloom, the conclusions of acclaimed transportation consultant Alan Pisarski, and other findings, the handwriting is on the wall. We now have a better idea of how the changes brought on by the pandemic are affecting and will continue to affect transportation, housing and societal norms.

Summary of the Bay Area Council’s Survey Findings:
Between October 2021 and July 2022, The Bay Area Council conducted ten employer/employee surveys. While different Bay Area employers have different views on how many days of the week their employees will be working in the office, most seem to expect three days, a smaller group has predicted four and less than 10% of those surveyed are anticipating either one office day a week or five office days a week. It appears that both employers and employees are edging toward a hybrid arrangement, with some work done at home and some at one’s place of business. (Unfortunately, most employers seem to think that the three office days will be Tuesdays, Wednesdays and Thursdays, meaning that the roadways and transit services will likely be jammed in the middle of the week and underutilized on Mondays and Fridays. (Staggering the work-at-office days would make for better and more efficient use of office space, transit systems and roadways.) For the complete results of the survey go to: https://www.bayareacouncil.org/employer-survey-results/

Research and analysis by Dr. Nicholas Bloom and his colleagues:
At BATWG’s August 18th meeting, Dr. Bloom presented a summary of his research and observations on remote work, its future and its impact on regional development and use patterns. Over the pandemic’s course Dr. Bloom’s team has conducted extensive research and multiple international surveys of employees and employers, and written extensively on how the affected companies are establishing protocols governing various combinations of office work and working at home arrangements. As a result of his research Dr. Bloom is anticipating longer commute trips, most office work occurring in the middle of the week, an outflow of businesses from intensely built-up cities, and the replacement of unneeded commercial space with new urban housing, all of which would significantly impact transit use and costs. 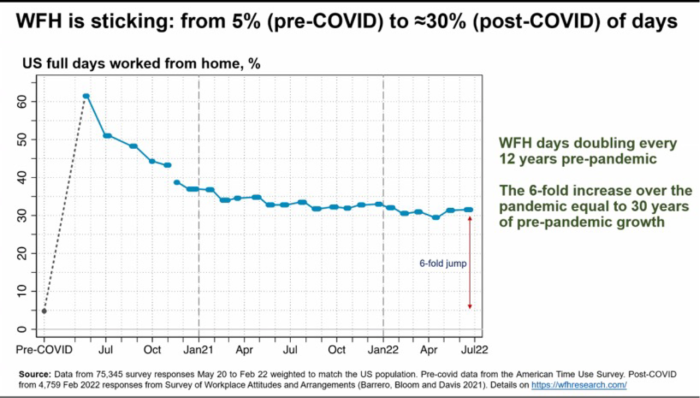 Some employers are reporting productivity gains by remote location workers. According to Bloom this better-than-expected productivity has resulted partly because commuters are now able to cut down on the stressful hours previously spent in getting to and from offices and partly because employers have found better ways of overseeing and otherwise communicating with their remote employees. Bloom concludes with a warning that the existing transit agencies should pay close attention to these evolving new trends and adjust their programs accordingly. For Bloom’s complete presentation and the ensuring discussion go to https://us02web.zoom.us/rec/share/5MTDI4BFQ8o0KXkbZPBPB-7uHCw_EuIE-NZTQBqvVnL0qttoHg-pLZkfn2L0bzGj.zp3iMAv1vNBl7UZE
Access Passcode: e@8V1ezt

Alan Pisarski’s Conclusions:
A few months ago transportation expert Alan Pisarski presented his findings at another BATWG meeting. One of Pisarski’s key points was that because of the uncertainties caused by the pandemic on the amount of travel, type of travel and doubts over the future availability of funding, now was not the time to be initiating large and expensive new transit projects. Instead Pisarski strongly recommended that such projects be tabled and objectively re-evaluated in light of today’s world and that for now the emphasis should currently be on finding low-cost ways of perfecting the existing transit networks.

Taken all together the detailed analytical work of Pisarski and Bloom, coupled with the Bay Council’s revealing surveys, strongly suggest that it’s no longer business as usual. Given the new conditions, huge proposed new capital projects such as BART Link 21, the VTA’s $10 billion plus subway and the low-ridership Valley Link Rail should immediately undergo an independent re-assessment to make sure that they fit the new patterns. During this transitional period diverting increasingly scarce transportation funding to glitzy new projects of questionable need and financial viability is extremely risky. The transit agencies must now cope with the fact that the daily commute crunches have eased, work-at-home is likely here to stay, transit ridership and therefore transit fare revenue are down significantly and that the $4.4 billion federal largess that has sustained the transit agencies for the last two years will soon dry up. Transit travel will pick up only if a modern and a well-developed network of rail and bus services, operating mostly or entirely out of traffic congestion becomes the norm. The time to adapt to a new reality has arrived. Continuing to operate on auto-pilot is a losing game.