The Sonoma Marin Area Rail Transit District’s (SMART’s) 45 mile commuter rail service in the North Bay from Santa Rosa to the Larkspur Ferry is funded by a ¼ cent sales tax through 2029. This week North Bay voters decisively rejected the proposal to extend the sales tax for an additional 30 years through 2059, thereby forcing the District to address its budgetary and operational problems in a realistic manner. Past mistakes and unwise decisions regarding cost, scheduling, projected ridership and rail operations have lead to a system that is both excessively costly and underused. Things have gotten to the point where the District’s total operating expense now exceeds its revenue. Fortunately there are 9 years of guaranteed sales tax funding remaining, giving the District sufficient time to reform its management and operations so as to provide a better and more effective service, and thereby improve its standing with the voters.

END_OF_DOCUMENT_TOKEN_TO_BE_REPLACED

The group’s final report contains 66 recommendations, broken down as follows: Technical and Operations: 18, Workforce and Hiring: 24, Context and Regional: 17, and Governance and Organizational: 7. BATWG has reviewed the report and has the following responses: 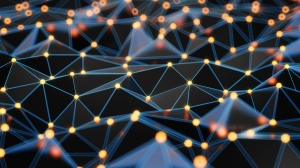 There are many good ideas embodied in the report. However the Muni is part of the San Francisco Municipal Transportation Agency (MTA), a complex and multi-layered 6,000 person organization operating in a difficult fishbowl environment subject to virtually continuous public scrutiny. No group of 13, no matter how dedicated, could adequately identify and respond to all the opportunities to improve the functionality of such an organization. For this reason the Mayor’s group was quite dependent upon Muni management for information and therefore took many of its improvement ideas from proposals already in circulation.  The Mayor’s effort is ok as far as it goes, but more is needed.

Bringing a very large and growing organization like the MTC including Muni up to its full operating potential will require periodic management audits of the entire organization. These audits would necessarily have to be comprehensive and completely independent.

END_OF_DOCUMENT_TOKEN_TO_BE_REPLACED

BART can’t go everywhere and never will be able to go everywhere. Therefore, to get the Region out of gridlock something else will be necessary. The activation of a regional bus system is one promising opportunity.

A high-quality, out-of-congestion, regional bus system has been talked about ever since MTC formed in 1971. Yet every year struggling to get to where BART can’t go or pushing into increasingly jammed BART trains becomes more time-consuming and difficult.

Whatever is done must be attractive enough to cause a significant number of solo drivers to become less dependent on their automobiles. The network of longer distance buses would therefore have to be highly efficient. Buses would need to travel faster than the adjacent traffic as well as be safe, reliable, and comfortable. In order for any of this to work the buses would have to operate in their own lanes, separate from mixed-flow traffic.

END_OF_DOCUMENT_TOKEN_TO_BE_REPLACED

As indicated in a previous issue of this newsletter, because the SFMTA deploys one and two-car trains in the Market Street subway instead of the four and five-car trains the multi-billion dollar facility was designed to accommodate, the subway and adjoining Muni Metro tunnels currently operate at less than half their peak- period carrying capacity. This unhappy situation was caused in the mid-1990’s by a breathtakingly short-sighted decision to stop forming four and five-car trains.

Various reasons are cited for this enormously-consequential mistake, including pressure from the TWU (Muni operator’s union), coupling difficulties, maintenance problems, etc. but the most likely reason is that for reasons unknown, beginning in 1991 the then incoming Breda LRVs were arriving in San Francisco without the ability to couple LRVs together while in revenue service. Having reached the end of their useful life, the Breda’s are now being gradually replaced with new Siemens S200 LRVs, which began arriving in San Francisco in 2017.

In an effort to receive assurance that the Siemens car would at last allow the SFMTA to again begin using its subway effectively, Save Muni (www.savemuni.org), a San Francisco-based transit-advocacy group, sent several requests for information to the SFMTA during last August and September, followed up by a California Public Records Act/San Francisco Sunshine Ordinance request sent on November 5, 2019 asking for:

2) All records from the past three years related to tests of longer than two car trains in the ACTS territory, whether conducted by the MTA or outside contractors.”

END_OF_DOCUMENT_TOKEN_TO_BE_REPLACED

Highway backups are increasing. Despite the hoopla, auto and truck use in the Bay Area continues to increase. People talk of trains, but trains can’t go everywhere. They’re too expensive for one thing. Along highways, arterials and busy streets one constantly sees buses bogged down in traffic. Do you think San Francisco is in the forefront of getting its buses out of traffic? If so check out the grey bus-only lines on this map of Minneapolis. 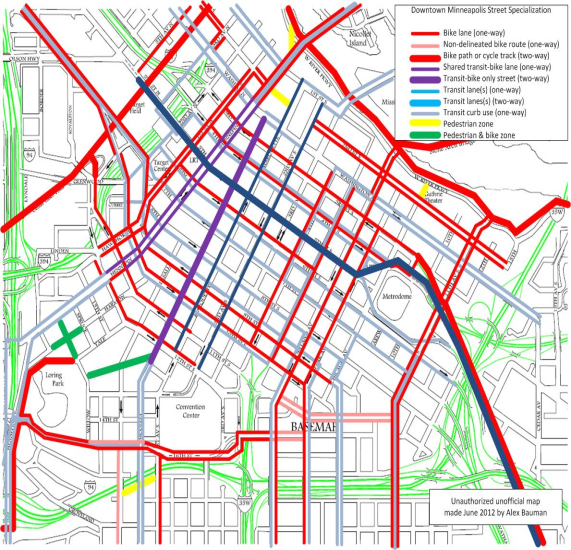 To make matters worse the interiors of urban buses are often dismally uninviting. On Muni buses for instance the ride is so rough that it’s virtually impossible on many routes to any longer read a magazine or book. On these routes the hard plastic seats are so bad that many riders say it’s now more comfortable to stand than sit.

Private industry, with its “hi-tech” buses figured this out years ago and as a result, the interiors of the hi-tech units are comfortable and well-appointed.

As one might expect, uncomfortable buses stalled in traffic invariably push people back to traveling by automobile. MTC has projected that between 2015 and 2025 the number of Bay Area auto trips will increase by 10% and between 2025 and 2030 by another 12%. With commutes getting steadily longer it’s not hard to see what this does to vehicle miles traveled, traffic congestion and greenhouse gas emissions. In short, travel in the Bay Area is already bad and, if practical steps are not taken, will get steadily worse.

The following five actions would help: